Over 5.8 million Americans live with dementia and this number is only expected to increase. Providing essential care to these Americans are 16 million caregivers (typically family members) who sacrifice their time and energy and even their health to provide over 18.5 billion hours of unpaid care each year. Caregivers are critical to the nation’s dementia care system, as they have the potential to slow the decline of their loved ones with dementia. However, this does not come without a cost. Caregivers are more likely to have poorer quality of life and more markers of poor health than non-caregivers. For these reasons, the Virginia Alzheimer’s Disease Center is committed to improving outcomes and disorder trajectories for persons with dementia and their caregivers.

The Adult Neurology Department, Memory,and Aging Care Clinic (MACC) at the University of Virginia invites you to join us for a FREE live webinar series on Parkinson's Disease and Dementia with Lewy Bodies (DLB).

This three part series, hosted by experts in the field, will provide educational information on the cognitive and psychiatric symptoms in Parkinson's Disease and DLB, as well as care-giving strategies. 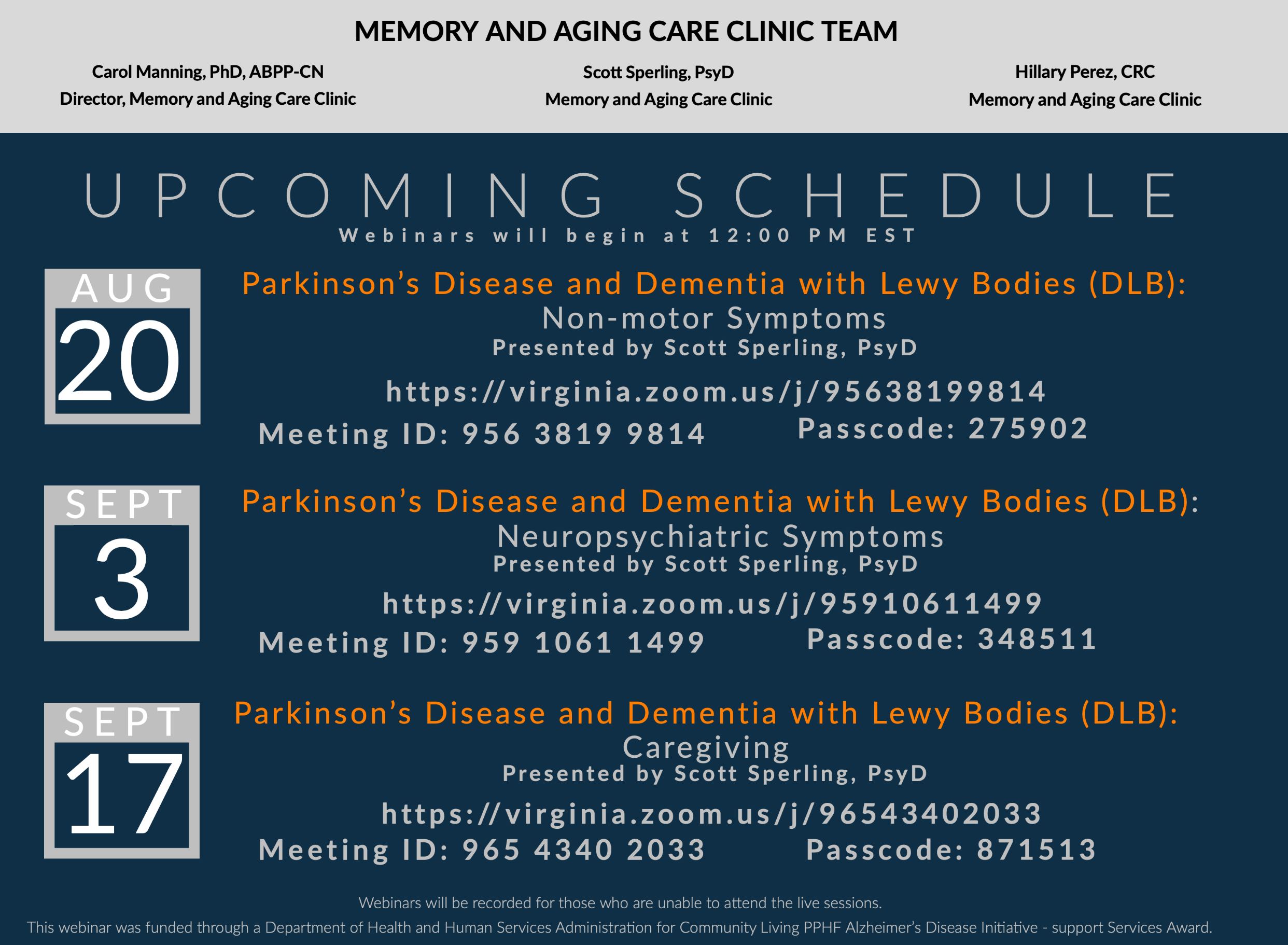 Learn about the research personnel at the University of Virginia and what we do. 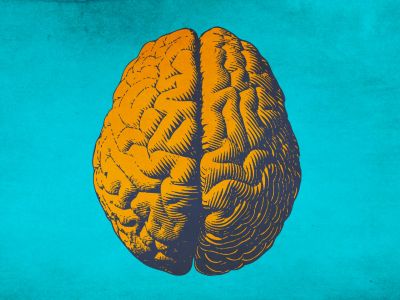 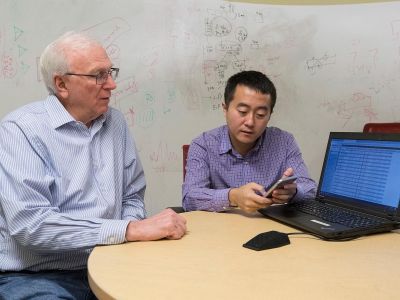 More than 80% of people with Alzheimer’s disease and other dementias are cared for at home by family members, usually spouses or partners. 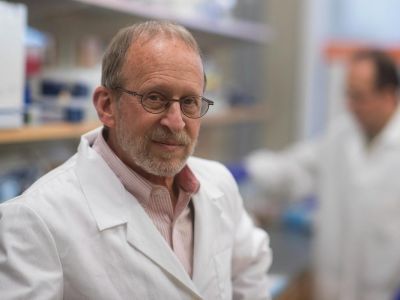 The neurobiologist says the key to beating Alzheimer’s might be preventing it before symptoms start.